Demi Lovato Brought the Audience to Its Feet With Her Emotional Grammys Performance copleyn January 27, 2020
Entertainment 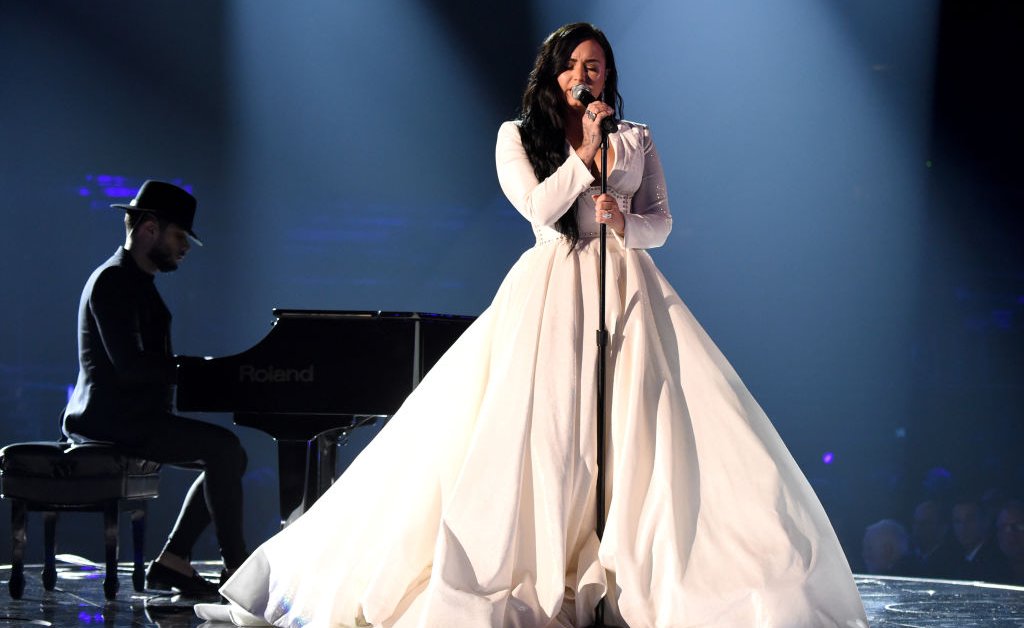 Demi Lovato made her comeback—to the Grammys stage and to music—in an emotional performance on Sunday night, debuting a heartrending new ballad, “Anyone,” at the 62nd Annual Grammy Awards.

Taking to the stage in a dramatic white ballgown with only a pianist to accompany her, Lovato started off shakily, needing to restart her first lines as a tear rolled down her face. The song was clearly a deeply personal piece of music: “I tried to talk to my piano / I tried to talk to my guitar / Talked to my imagination / Confided in alcohol,” she sang. “Nobody’s listening.”

Lovato, a former Disney Channel child star who grew up to be a powerhouse pop presence, has publicly and privately battled addiction over the years. In 2017, she released a documentary on YouTube about her life and work that provided a raw look at her struggles with disordered eating, mental health and substance abuse. In 2018, she released a song called “Sober” that addressed her relapse; a month later, she was hospitalized due to an overdose and entered rehab. Since then, she has been mostly away from the public eye, focusing on her recovery.

But “Anyone,” paired with her plans to sing the national anthem at next week’s Super Bowl, marks a powerful return to the spotlight. At the end of the performance, Lovato was greeted by a standing ovation from the crowd at the Staples Center. “What an unbelievable night,” she shared on Instagram. “So emotional for me.”

Meanwhile, the new song is already climbing the charts.

Write to Raisa Bruner at raisa.bruner@time.com.