What To Watch On Amazon Prime That’s New This Week

What To Watch On Amazon Prime That’s New This Week

Streamline recommends “The Man in the High Castle” for Amazon Prime this week. Amazon adds the third season of this Original on Oct. 5.

Premise: Adapted from a Philip K. Dick novel of the same name, this series takes place in the early 1960s of an alternate universe in which the Axis powers won World War II. The United States has a Japanese-controlled western half and a German-controlled eastern half. Within the show’s universe, resistance forces acquire video reels that seem to depict news stories from an alternate reality ― a world in which the Allies defeated the Axis powers. Germany and Japan have Cold War-esque tensions, while resistance fighters try their best to dismantle the two governments.

How excited should you be? Moderately. The show has a fine enough concept and has strong moments, but in a crowded field of streaming television, “The Man in the High Castle” has never felt necessary. That said, the show has a strong fan base and so there’s a good chance you’ll find something to like.

Any reasons to be skeptical? For the most part, critics have never been enamored with this show ― myself included. The first season earned better reviews than the second season. Hopefully that trend doesn’t continue into the third.

Will everyone be talking about this? Amazon Prime has a substantial marketing budget behind this show and “The Man in the High Castle” has certainly become a bit of a hit. The second season aired back in 2016, shortly after Donald Trump won the presidential election. Now that we’re a couple of years into that presidency and the discussion of Nazis has re-entered our political discourse, this show has a new relevance that will likely connect with viewers.

Check out the trailer for “The Man in the High Castle” below.

Read on for more recommendations.

And if you want to stay up to date with what to watch on a weekly basis, subscribe to the Streamline newsletter. 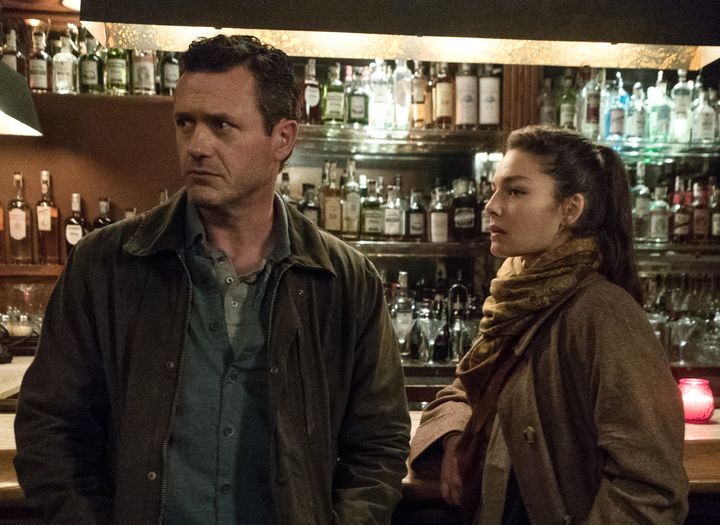 
The third season of “The Man in the High Castle” comes to Amazon Prime.

What Else Is New This Week

“Carrie” debuted in 1976 and has since become a classic from director Brian De Palma. With all the Stephen King hype these days with the “It” revival and Hulu’s “Castle Rock,” maybe you want to revisit a highlight of his career.

“Mulholland Drive” from 2001 comes from the mind of David Lynch, who wrote and directed this. Since his “Twin Peaks” revival recently got snubbed at the Emmy Awards, maybe check this out in support.

“Raging Bull” from 1980 stood out as a stellar boxing movie before Hollywood pumped out a solid boxing movie every year. Martin Scorsese directed this.

“Tim Tebow: On a Mission” joined the world in 2012. None of the above acclaimed directors were involved in this.