The Story of Henry Lee Lucas, the Notorious Subject of Netflix’s The Confession Killer copleyn December 8, 2019

The Story of Henry Lee Lucas, the Notorious Subject of Netflix’s The Confession Killer

The Story of Henry Lee Lucas, the Notorious Subject of Netflix’s The Confession Killer 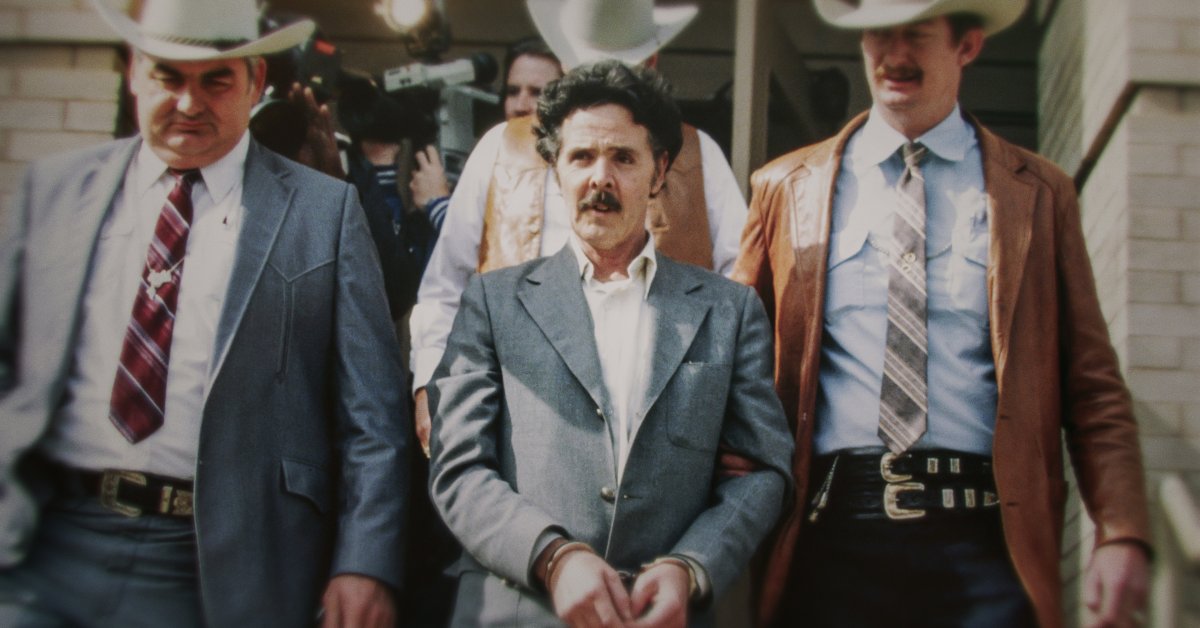 Henry Lee Lucas was a notorious self-proclaimed serial killer who confessed to committing as many as 600 murders. But as detailed by the new Netflix documentary series The Confession Killer, most of these claims were lies. Through archival footage from news channels and police confessional videos, and interviews with law enforcement officials and the families of victims, directors Robert Kenner and Taki Oldham offer a compelling look at the fallout wrought by Lucas’ false confessions—and the police officers who were more than willing to go along with them.

Lucas’ confessions, which first emerged in 1983, poured out before the rise of DNA testing that would become invaluable in solving criminal cases. Law enforcement officials across the country, looking for a way to close the many open murder cases on their hands, were happy to accept his claims. Decades later, DNA testing showed he’d lied about killing at least 20 people. Of the hundreds of murders Lucas claimed to be responsible for, at least three can still be pinned to him—that of his mother, a girlfriend and his former landlord.

At first, Lucas’ confessions brought closure to the families of murder victims across the United States. Then, the revelation that he’d made up so many of the claims erased any relief they’d found.

The Confession Killer, which joins Netflix’s robust arsenal of true-crime stories on Dec. 6, is yet another examination of the hazardous effects of police misconduct. Lucas’ story is a testament to the disaster that can follow when police seek easy answers, in this case taking the claims of a conman as a quick way out of stalled detective work. Here’s what to know about the true story of Henry Lee Lucas and the compromised system in which he operated.

While the truth of Henry Lee Lucas’ life is marred by countless lies and inconsistencies, it’s clear that violence and abuse followed him from the beginning. Lucas was born to an impoverished family in Blacksburg, Virginia, in 1936. His father was a double amputee and his mother was a prostitute who was said to have physically abused him as a child, according to claims by Lucas included in The Confession Killer and other reports documenting his life.

In 1960, Lucas killed his mother, for which he served 15 years in prison. In 1983, years after his release, Lucas was questioned in the deaths of two women: his teenage girlfriend Becky Powell and his 82-year-old landlord Kate Rich. Phil Ryan, the now-retired Texas Ranger who questioned him, says in an interview for the Netflix series that during his questioning, Lucas let slip that there was a warrant out for his arrest. Ryan arrested Lucas shortly thereafter. It was at this point that Lucas began talking — and the stories never really stopped.

The murder claims began to pile up

Lucas admitted to killing Powell and Rich, recounting the details of their deaths to officers. At his arraignment for Rich’s murder, Lucas shot to national attention after he asked the judge, “What are we going to do about these other 100 women I killed?”

Lucas claimed responsibility for a spree of murders across the U.S. committed in the 1970s and early 1980s, which spurred action in numerous police departments. Suddenly, detectives across the country had a lead for cases that previously had no conclusions.

“It was a nightmare,” Ryan says in the series. “It was a circus that would not leave town.”

The number of people Lucas claimed to have killed was constantly in flux. Almost as soon as he confessed to killing 100 people, the number blossomed to 150, then 200, then to more than 300. At one point, Lucas claimed he was responsible for killing 600 people. According to Lucas, he killed people across age range, sex and race all over the United States, using a variety of violent methods, from running people over to stabbing them, and sometimes decapitating victims after they were dead.

Journalists who covered Lucas’ case found his confessions suspicious from the start. As he began to piece together the dates and settings of each murder Lucas claimed to have committed, the reporter Hugh Aynesworth quickly found holes that suggested Lucas was not in fact behind the murders. In a piece published in the Dallas Times Herald in 1985, Aynesworth and the journalist Jim Henderson laid out exactly how the geographical logistics of Lucas’ claims would have made it impossible for him to have been at every single murder scene. For example, police accepted Lucas’ confession for a Sept. 12, 1981 murder case in Houston, even though records showed that he was in jail at the time in Maryland. Authorities also took Lucas at his word for a Sept. 9, 1975 murder in Tyler, Texas, although employment records showed he was working at a mushroom farm in Pennsylvania that day.

Still, Lucas’ tales appealed to law enforcement officials, particularly the Texas Rangers, who used his claims to close unsolved cases without offering much more evidence, as the documentary series depicts. Despite the discrepancies in his stories, Lucas proved very talented at picking up details about crime scenes and murder cases just from information given to him by police officers. His prior convictions for murdering his mother and the two other women in Texas only bolstered his credibility to law enforcement as a serial killer. The documentary shows footage of Lucas being shown maps of crime scenes and receiving detailed information about murders that he would later wield to tell officials what they wanted to hear.

Lucas became almost a prize catch for Jim Boutwell, a former Texas Ranger and the Williamson County Sheriff at the time, who had been investigating a string of murders he thought were committed by a serial killer when the eager confessor came across his radar. Together with now-retired Texas Ranger Bob Prince, the men organized a task force that would coordinate investigations across the country into Lucas’ claims.

Boutwell died in 1993 and therefore could not be questioned about the decisions he made in The Confession Killer. Prince, described in the series as a “ranger’s ranger,” explains to the filmmakers that the purpose of the task force was to attempt to piece together Lucas’ several confessions. Footage in the series shows Prince defending the task force’s decisions, even as evidence emerged to show that Lucas was not being truthful. The former Texas Ranger Phil Ryan, speaking in the series, says Lucas “just wanted to please” law enforcement.

For Lucas, there was little incentive to curtail his outlandish claims, especially once he realized police would treat him better him for talking. The series shows that authorities gave him preferential treatment. While Lucas was held in a jail in Georgetown, Texas, officials allowed him to walk without handcuffs and drink strawberry milkshakes. As investigators became more familiar with him, a sense of friendliness appeared to emerge between the murder suspect and the officers looking into him. Detectives also plied Lucas with cigarettes and hamburgers, among other rewards, as the confessions streamed out. In 1985, Lucas told the Dallas Times Herald he lied “to show law enforcement doesn’t do its job.”

Lucas was locked up, but victims’ families suffered further

Eventually, Lucas was convicted of a total of 11 murders. In 1984, he was sentenced to death for the 1979 murder of an unidentified woman who was known at the time as “Orange Socks” (the woman was identified in 2019 as Debra Jackson). Citing a lack of evidence connecting Lucas to the murder, apart from his confession, which he later recanted, then-Gov. George W. Bush commuted the death sentence in 1998, marking the first and only time Bush did so as governor. Lucas spent the rest of his life in prison and died in 2001 of a heart attack.

While officials with the Texas Rangers were lauded as heroes for locking up a murderer and Lucas reaped the rewards of being on the police’s good side, the families of the hundreds of murder victims were left without answers, as The Confession Killer shows. DNA testing was able to resolve about 20 of the cases—a painful undertaking for some of the families, who had to reopen that part of their lives. Other families, meanwhile, continue to live in limbo.