Kristen Stewart Floats Above the Deep-Sea Dumbness of Underwater

Kristen Stewart Floats Above the Deep-Sea Dumbness of Underwater 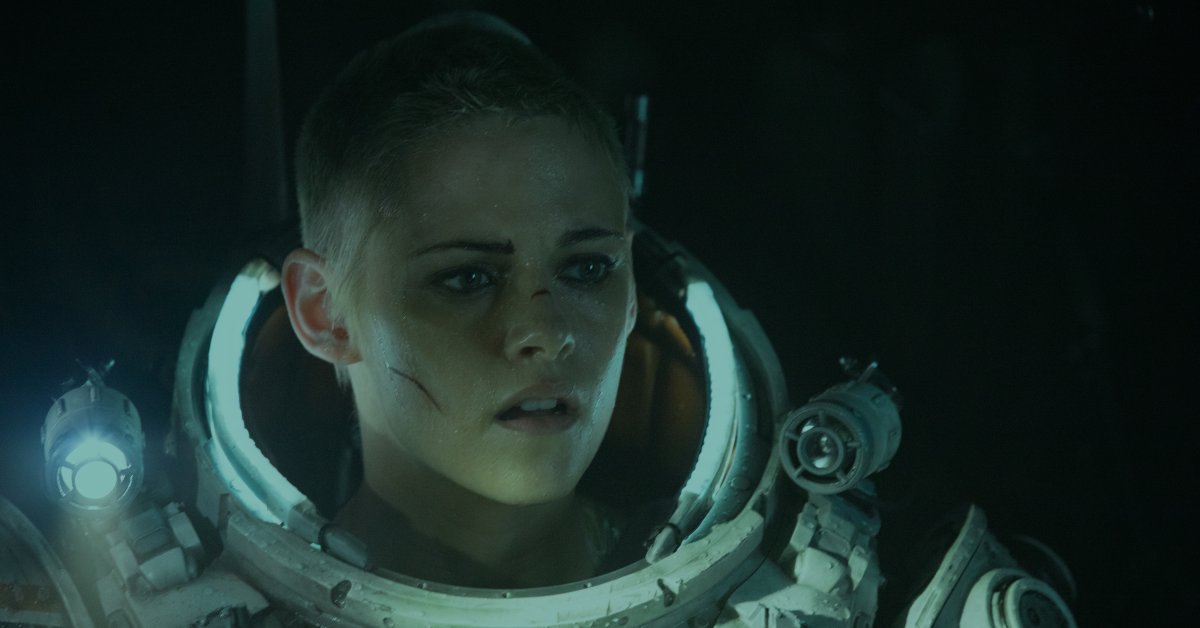 You shouldn’t drill for oil seven miles beneath the ocean floor, and you probably shouldn’t put Kristen Stewart down there, either: She’s too explosive, too gorgeously restless; her mildest eyelash blink could set off an earthquake. Maybe that’s what happens at the beginning of Underwater, a mindlessly entertaining creature feature directed by William Eubank (whose credits include the 2014 sci-fi thriller The Signal). A sudden and violent disruption of the ocean floor—ostensibly caused by all that that greedy drilling, though we still shouldn’t rule out a blink from Stewart—destroys portions of a nest of drilling facilities located far below the ocean’s surface. Stewart’s Norah, a mechanical engineer with an icy-blond buzz cut, looking lithe and wiry in her sleepwear-underwear combo, is about to brush her teeth when it happens.

It’s early morning, maybe, not that there’s any real night and day when the sky is so far away. Norah ponders that existential reality in a throaty, just-out-of-bed voiceover, as she pads barefoot around a metallic, generic-looking pod-room. This far down, she tells us, there’s “only awake and dreaming.” Whichever state she’s in, she’s jolted out of it when the ocean begins crashing in around her. Chased by rushing waves, she runs down a long, winding corridor that seems to be held together by creaking and groaning nuts and bolts; because her feet are bare, she slips and slides perilously, a kind of interpretive dance of millennial ennui.

This is the best, most exciting and most poetic part of Underwater, the one section where the film reaches toward artistry instead of just settling for commerce. The rest of this shameless Alien ripoff is almost all commerce—but at least there’s Stewart. The accident has killed most of the facility’s crew, but Norah locates a handful of survivors, among them Rodrigo (played by the charming Mamoudou Athie) and the ship’s captain (the stalwart Vincent Cassel). They decide to put on fancy but unwieldy underwater suits and walk to safety. Yes, it’s possible! Maybe.

Meanwhile, it appears that all that nasty deep-sea drilling has awakened a throng of ewky undersea whatsits. A small, slimy baby version is found feeding off a crew member’s corpse. An annoyingly high-strung woman who is, presumably, a marine biologist (she’s played by Jessica Henwich) pokes it at with her bare hands. Who would do this? Only a person who has never seen Alien. What, was this woman born yesterday?

Still, Eubank does a moderately good job of building mild dread and stoking feelings of claustrophobia. Some of the visuals are quite lovely: As the ragtag band of survivors trudge forward in their cumbersome sea-suits, their faces are lit by the glowing green rims of their helmets—they’re like lunar orphans lost on their way to a rave. The dialogue is dumb and basic, but Stewart manages to turn at least some of it into casual poetry. Norah, like just about anybody who’d be likely to volunteer for a treacherous deep-sea drilling expedition, is haunted by a lost love. At one point she delivers a haiku-style manifesto on the nature of love and loss, a jumble of nouns with perhaps not enough verbs to connect them. But it’s all OK. You get the gist of what she’s saying even though it’s just a bouquet of ellipses. Norah’s world, like the ocean floor beneath her, has already cracked apart. It hurt for a while, but now she’s cool with it. Angry, viscous predators from the deep? Who cares? Who needs them? As Stewart plays it, Norah’s charismatic, deadpan insouciance feeds her bravery. And it’s just the thing that might get you through Underwater, too.