Inside the Creation of Knives Out, One of the Most Unexpectedly Subversive Films of the Year copleyn November 27, 2019
Entertainment

Inside the Creation of Knives Out, One of the Most Unexpectedly Subversive Films of the Year

Inside the Creation of Knives Out, One of the Most Unexpectedly Subversive Films of the Year 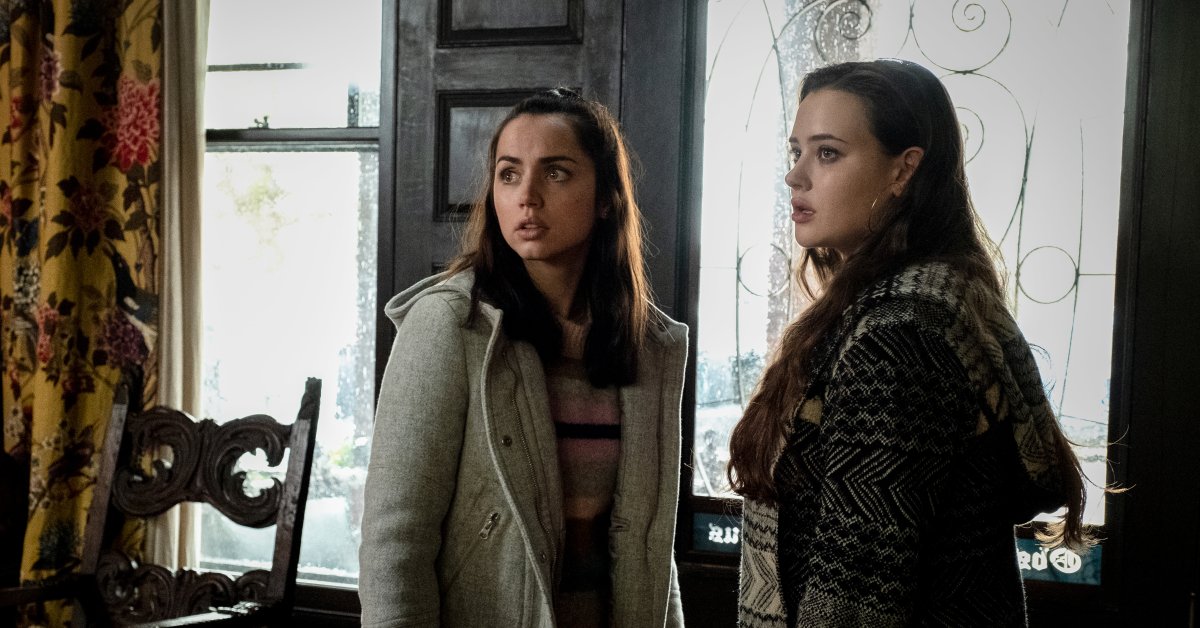 This article contains extensive spoilers for Knives Out.

At first glance, Knives Out doesn’t seem like a particularly political movie. “A Rian Johnson Whodunit,” the poster reads, with the letters scrawled in cartoonish font inside a magnifying glass. The trailer is stuffed with overdramatic jump cuts and hammy retorts from its famous actors—including Daniel Craig, Chris Evans, Jamie Lee Curtis and Toni Collette. The film’s Thanksgiving release date, Martha Stewart-assisted marketing campaigns and jovial press run all give the impression that Knives Out is a popcorn caper, a mindless piece of entertainment.

But while the film starts as a standard whodunit, it soon morphs into a personal drama centering not on a famous detective, but a Latina daughter of undocumented immigrants. The clue-gathering aspect of the movie wanes as Marta (Ana de Armas) fights to save her family; Johnson, meanwhile, weaves in commentary on liberal hypocrisy, inherited wealth, 1% entitlement and class warfare. By its end, Knives Out has unexpectedly revealed itself to be a razor-sharp parable of a prevailing attitude towards illegal immigrants in America—and one of the most incisive sociopolitical films released this year.

Moral messaging in Hollywood films is far from new, of course. Over the past few years, many major film studios have responded to an increased demand for representation by either engineering entire film premises driven by diversity or cramming weightier themes into blockbusters to match the tense political climate. But many of these efforts have rung hollow—capitalistic and navel-gazey endeavors disguised as empowerment.

Knives Out succeeds where other films have failed because Johnson conceived of the film’s entertainment and protest elements as inextricably bound—and then without fanfare, fully committed to the character of Marta to both lead the story and reflect a larger American tension. “True entertainment is not something where you turn your brain off and just watch the explosions,” Johnson told TIME in an interview in downtown Manhattan in November. “It needs to have other layers going on.”

Knives Out centers on the Thrombeys, a large New England family living off the literary success of its patriarch, the mystery writer Harlan Thrombey (Christopher Plummer). When Harlan is killed on the night of his 85th birthday, an investigative team led by the flamboyant P.I. Benoit Blanc (Daniel Craig) works to uncover which member of the family had motive to kill him.

The film is the first by Johnson since he directed Star Wars: Episode VIII –The Last Jedi, which grossed over $1.3 billion worldwide. Johnson says that coming off the success of The Last Jedi “probably didn’t hurt” the creation of Knives Out, which was thrown together within a single year, with Johnson given extensive creative autonomy by the film’s production companies Media Rights Company and T-Street and its distributor Lionsgate. “The filmmaker is the most important decision you make,” Joe Drake, chairman of the Lionsgate Motion Picture Group, told TIME. “He didn’t even have to come to the office for us to be in business with him.”

Given this creative latitude, Johnson threw himself into an idea he started mulling a decade ago, based on his longstanding love of Agatha Christie novels and film adaptations. The whodunit might seem antiquated and foreign to American audiences: plot-driven puzzles cordoned off from the world’s greater ills. But Johnson says that whodunits, in their careful examination of upstairs/downstairs relationships and potential motives, are “uniquely suited to talking about structures of power that are baked into society.” “It’s not like Christie was an overtly political writer, but she was always writing to her time and engaging in different ways with contemporary British society,” Johnson says.

Ram Bergman, the co-producer of Knives Out and Johnson’s longtime collaborator, says that the sociopolitical elements of the film were essential from its infancy. “It was always a hybrid of the genre and the things that occupy him and everybody else, like immigration and politics. When you go to Thanksgiving, it’s what you’re going to argue about,” Bergman told TIME.

Johnson knew that a squabbling family would provide the bedrock for the story. The wealthy Thrombeys would allow him to both build a deep ensemble while also serving as a stand-in for American greed and entitlement. And it was important that they wouldn’t all adhere to one political stance: Johnson was adamant that the movie not condemn one political position, but rather force self-reflection across the board.

“It’s got to be something that I self-indict,” Johnson said. “I cannot just say, ‘The people over there are a problem.’ I have to say, ‘This thing inside me is the essence of the problem and it’s in all of us: The notion that you’ve got something that you think is yours and you feel like it’s going to be threatened.’’

But just condemning the Thrombeys wouldn’t be enough. In order to both engage the audience and reveal the full extent of their depravity, Johnson needed a character who he termed a “Hitchcock protagonist”: an outsider who would garner the audience’s empathy and elevate the film’s stakes. “The notion of someone who worked for the family who was an immigrant—who had a relationship that would be revealed once the power dynamic shifted—that seemed really interesting to me,” Johnson said.

And so the character of Marta Cabrera was born. While being mostly sidelined for the movie’s early scenes, Marta would lead the film as it morphed from whodunit to Hitchcockian dramatic thriller. The original mystery of who killed Harlan would become an afterthought as Marta navigated one attack after another from the Thrombeys—even from the ostensibly liberal granddaughter Meg (Katherine Langford), who had previously embraced her as a sister—in order to save her undocumented mother from being exposed.

The stakes of Marta’s battle feel all the more urgent as deportation and family separation take centerstage in the nation’s discourse. And some of the Thrombeys’ rhetoric resembles prevailing right-wing phrasing: one family member calls Harlan’s house their “ancestral home” despite the fact he bought it in 1988; another member claims to have built a business “from the ground up” despite having received a million-dollar loan.

But Johnson says he conceived of Marta “before the current unpleasantness.” And despite the high-profile pedigree of the cast that Johnson was assembling—including Evans, Craig, Curtis, Collette, Michael Shannon and Lakeith Stanfield—he remained insistent that Marta serve not just a symbolic role, but actually be the protagonist. “A common trope in movies is something my wife and I refer to as the ‘Skype Wife,’” Johnson says, laughing. “She gets a couple of scenes and then the filmmakers love to tout them as being ‘the heart of the movie.’ But Marta is genuinely the main character.”

The casting of Marta proved trickier than expected. Bergman and Johnson didn’t want a huge celebrity to play her: “I think somebody famous would take you out of it,” Bergman said. “We wanted to be fresh; to cast someone you don’t really know anything about.”

And de Armas, for her part, was initially unenthusiastic about the role. “I received a logline that said, ‘Caretaker, Latina, pretty,’ and then one scene of the script—and that really didn’t speak to me,” she said. “I’ve heard many times, ‘It’s a great role! Believe me!’ And it wouldn’t happen that way.”

De Armas, whose previous credits include Blade Runner 2049 and War Dogs, nearly declined the role out of hand—but once she read the whole script, she was blown away. “It was a dream. These characters don’t exist,” she said. “Especially in this type of setup: a wealthy family played by all of these big movie stars, and then you have a Latina—the last thing you would imagine is that the movie is about her.”

Onscreen, da Armas inhabits Marta as she is first infantilized, then villainized, then becomes the hero; she rises to the challenge in both forming an equal partnership with the man who plays James Bond (Craig) and fiercely battling the man who plays Captain America (Evans). Offscreen, she even was given some creative license: She says that the running joke in which various Thrombeys incorrectly state the country she’s from—is it Ecuador, Paraguay, Uruguay or Brazil?—was punched up on her suggestion. “It’s so brilliant and true: people try to guess all the time where I’m from,” she said.

In his interview, Johnson tried to minimize the political and subversive nature of the film: “I feel like I have to make sure that I’m not painting a picture of this movie as a diatribe or a finger-wagging lesson movie,” he said. “This movie is first and foremost an entertainment.”

But to de Armas, a major studio release that stars a Latina and condemns entrenched aspects of American society is a decisive step forward for Hollywood; it gives hope that more midbudget originals that deal with representation in genuine and nuanced ways will be continue to be greenlit. “I hope it wakes up the writers, or whoever makes the decisions,” she says, “and they get inspired by it and make more things like this.”