Inside The 'A Star Is Born' Champagne Pop That Wasn't Meant To Be copleyn October 6, 2018 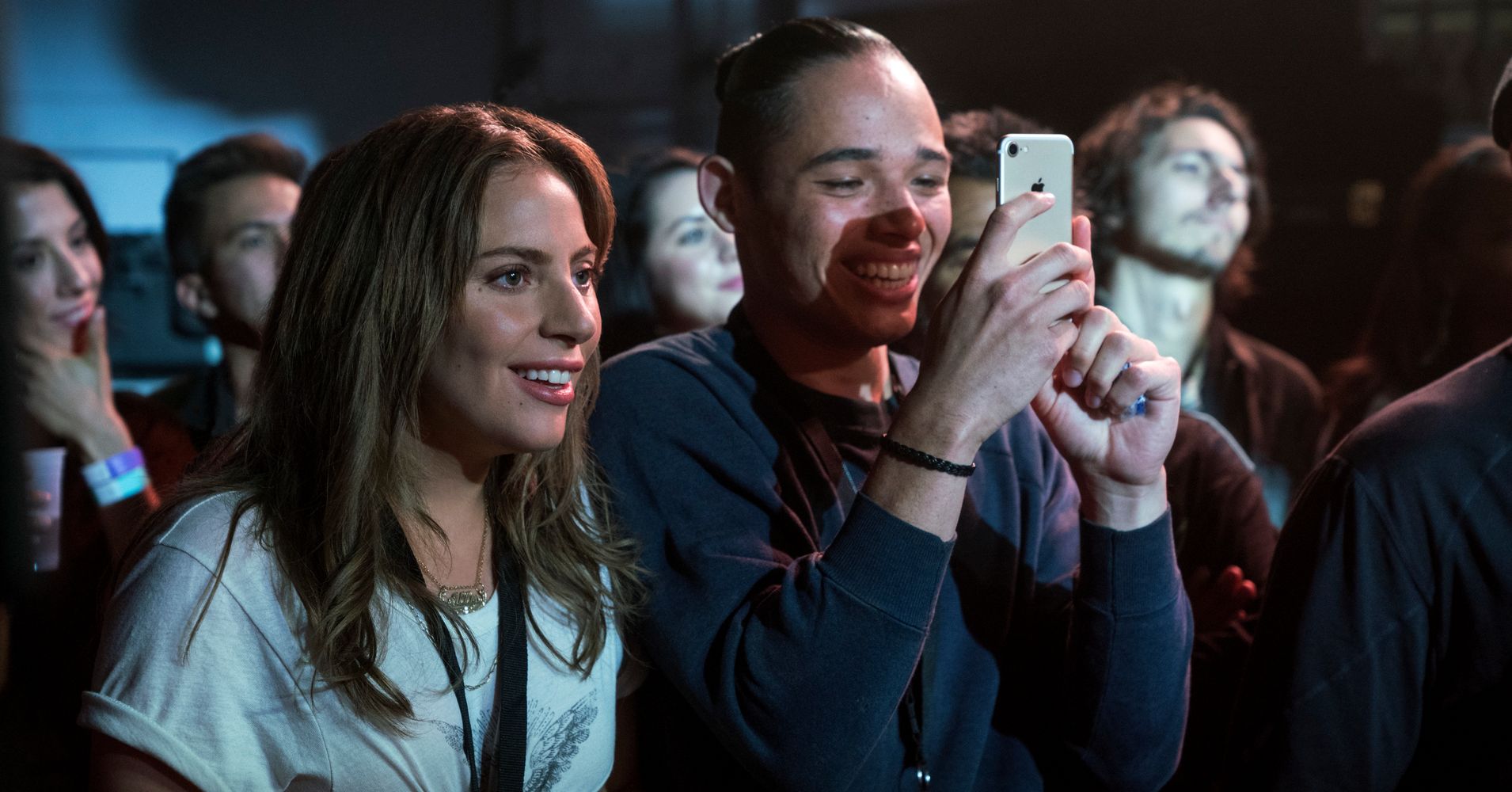 They had one instruction: Don’t pop the Champagne.

So what did they do? They popped the Champagne, of course. Because rules do not apply when you’re among the world’s pre-eminent pop stars. And when you’re associated with the century’s biggest Broadway phenomenon, you go along with it, skipping nary a beat in the room ― or aircraft ― where it happens.

The Champagne bottle in question was stationed on a jet that Lady Gaga and Anthony Ramos boarded to shoot a scene for Bradley Cooper’s resplendent “A Star Is Born” remake. Gaga’s character, the rising singer Ally, is being flown out to join rock-star sweetheart and newfound mentor Jackson Maine (Cooper) on tour and brings her best pal (Ramos) along for the ride.

In the scene that plays out in the movie, the pair ― overwhelmed by the luxury of their circumstances ― frolic down a tarmac and through a plane, falling over each other in ecstasy as they board. The only direction Cooper had given them was to “jump on the couch” and have fun, so that’s what they did.

According to Ramos, who is best known as an original “Hamilton” cast member, the rental company that leased the private plane issued the aforementioned mandate to cast and crew: Don’t pop the Champagne bottle on the plane. But when the camera rolled for the first take, Gaga got carried away.

“Stefani and I were bugging out,” Ramos said of the shoot, using Lady Gaga’s real first name, as he always does, when I talked to him last month at the Toronto International Film Festival.

Before they knew it, Gaga had done the one thing she was told not to do: She’d uncorked the Champagne. In the final cut of the scene, both actors leap with surprise when she opens the bottle.

“That reaction was a real reaction,” Ramos said. “We’re like, ‘Oh shit, we popped the bottle in this jet.’ You could just see the dude that was actually the captain of the plane was just like [Ramos shakes his head]. I felt so bad, but it was such a good moment, man. After we cut it, I was like, ‘Yo, I hope they keep that because we didn’t pop the bottle in the other takes.’”

As Ramos tells it, this organic jubilee encapsulates the totality of making “A Star Is Born.” The tragic romance, famous since the 1930s, “was made with a lot of love, and that’s all you felt on the set.” For the Brooklyn native, who recently appeared in the film “Monsters and Men” and in Spike Lee’s Netflix series “She’s Gotta Have It,” that tenderness included advice from co-star Andrew Dice Clay (“Kid, you know you’re gonna have to move to Manhattan”) and gab sessions with Cooper about his time on “Alias.”

It also resulted in a musical number for Ramos, though you wouldn’t know it from seeing the film. Cooper, he said, asked the 26-year-old multi-hyphenate to send him a few songs he had written. The director selected one and filmed a sequence in which Ramos’ character performed it for Ally. But along with a few other scenes Ramos shot, including one with Clay, it didn’t make the final cut. Ramos said he and Cooper imagined the character to be an aspiring singer and dancer, but the closest the final film comes to exploring that subplot is a pirouette Ramos does on the tarmac.

“It’s not about me,” Ramos said. “It’s about the story. So I was happy with the way my stuff got cut in because I’m like, ‘Yo, man, this is the best version of the movie. I don’t want any more or any less.’ [Cooper] was like, ‘How do you feel about your stuff?’ I’m like, ‘Yo, I feel great about it because this movie’s so good.’”