Guy Tries To Jump Across Rooftops To Impress Date, Fails Miserably And Gets Stuck In Between Buildings copleyn January 30, 2017
News

Guy Tries To Jump Across Rooftops To Impress Date, Fails Miserably And Gets Stuck In Between Buildings

There’s no shame in admitting that we’ve all done some ridiculous things to impress someone. Here’s one guy who may have just raised the bar on the dating scene with his crazy antic.

22-year-old Grant Birdsong was out on a date along Oakland Avenue in Pittsburgh, Pennsylvania. 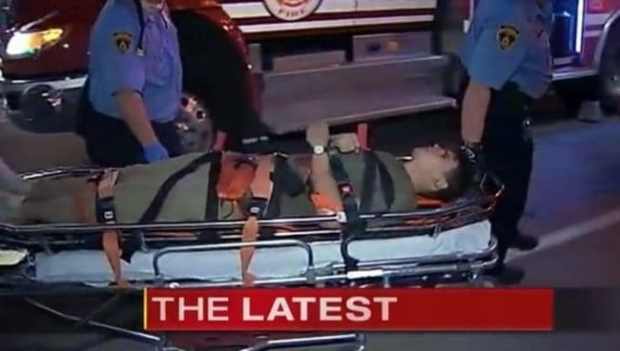 Grant wanted to impress the young lady by doing something daring — he tried to leap from one building rooftop to the next. 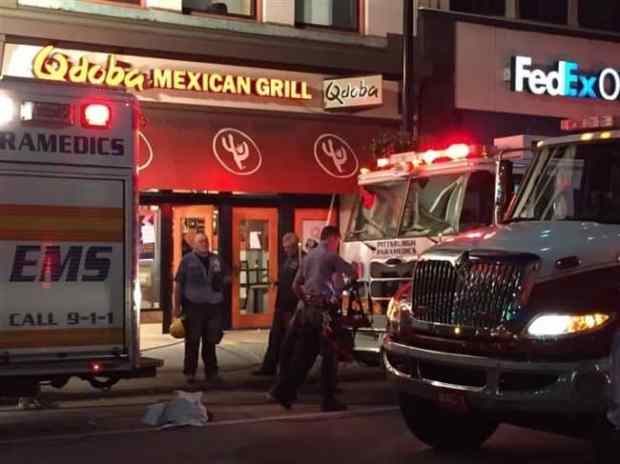 Insane? Absolutely. While his intentions were noble, the result was far from it.

Officials said that Grant was trapped between two buildings around 2 a.m. 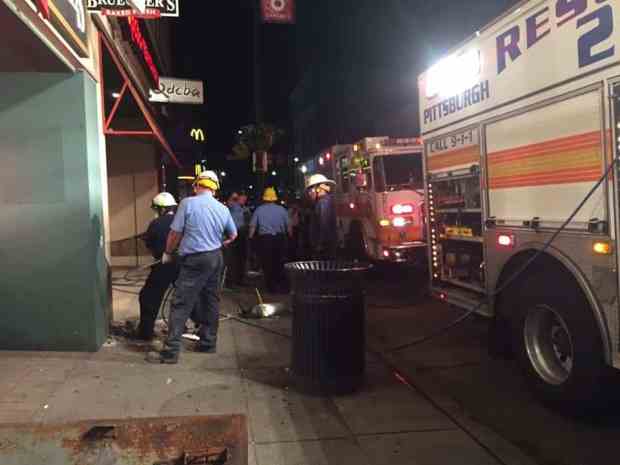 He was wedged in the tight space about 18 inches wide and 5 feet off the ground. 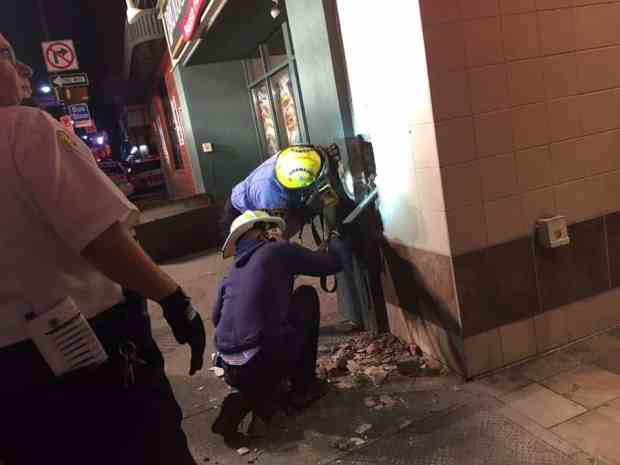 Grant was stuck for over 4 hours with a broken ankle and some minor injuries.

Pittsburgh police helped keep him calm while firemen and public safety worked on getting him out.

Pittsburgh Public Safety officials had to break open a wall inside one of the establishments to rescue the local daredevil. 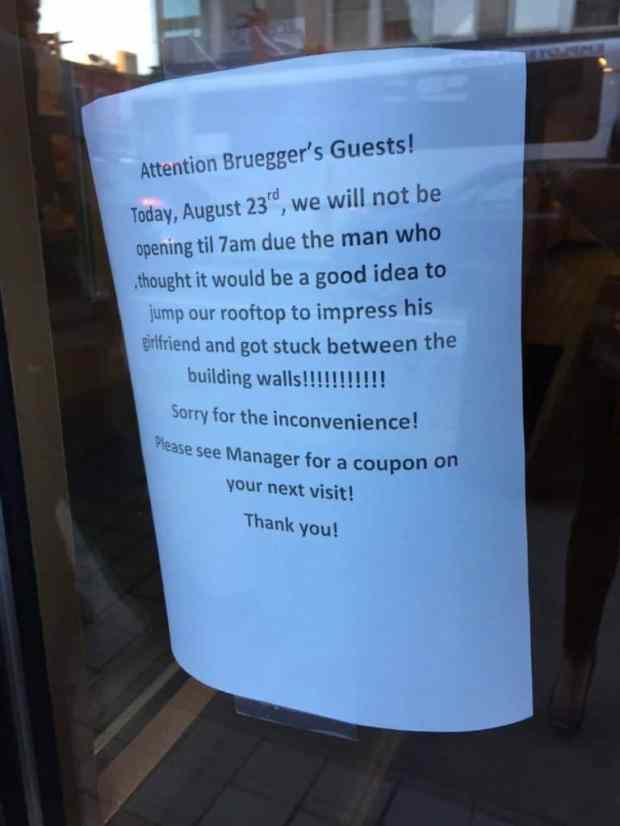 Grant was freed around 6 in the morning and immediately brought to the hospital where he had surgery on his ankle. 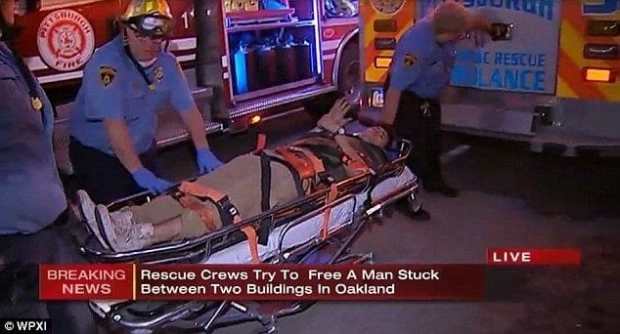 And his date? She stayed with him the whole time, though whether or not a second date was set is still unknown.

Look at him giving a double thumbs up as he’s getting wheeled away.