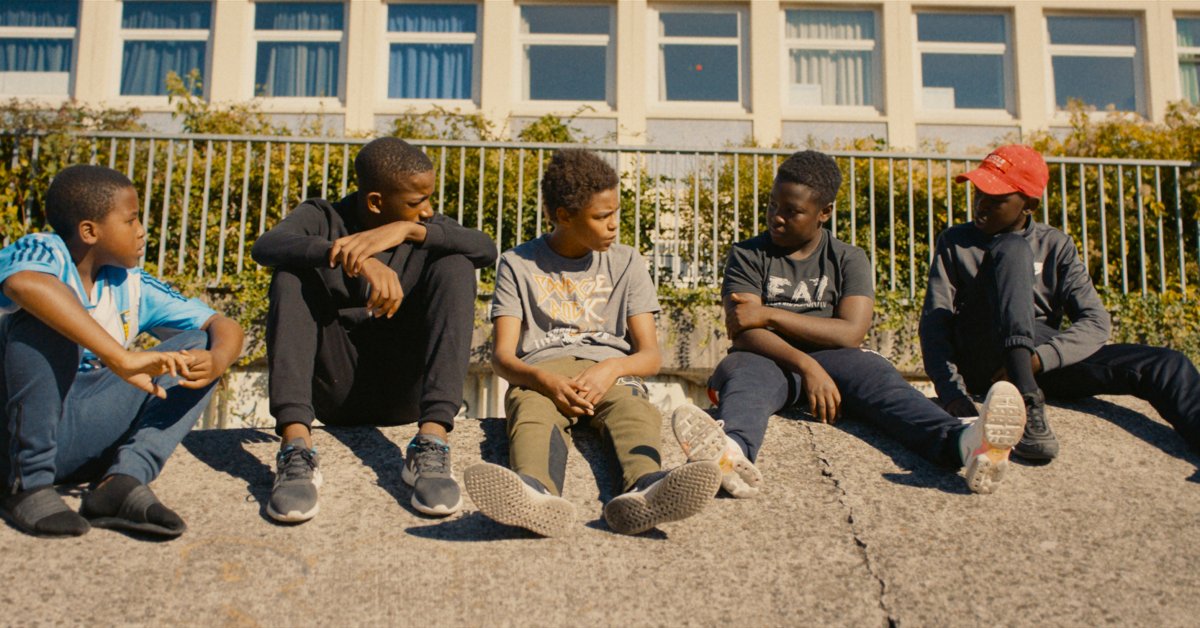 Sometimes the value of a movie lies not in telling you a story you’ve never heard, but in the way it draws you, for an hour or two, deeply into someone else’s world. That’s the power of Les Misérables, the debut feature from Mali-born French filmmaker Ladj Ly, which won the Jury Prize at Cannes last year and is France’s official entry for the Academy Awards. You’ve surely seen pictures that are sort of like Les Misérables. And yet there’s nothing exactly like it: It has a bracing, melancholy energy all its own.

Les Misérables is set in the Parisian suburb of Montfermeil, where sections of Victor Hugo’s 1862 novel is set, though the movie’s connection to that earlier story reaches even deeper than that. This Les Misérables is also a story of poverty, injustice and revolt, intensified by the hostility of people who have strong feelings about who belongs in a country and who doesn’t, a conflict that’s overheating not just in France but in countries worldwide.

Ly’s story—co-written with Giordano Gederlini and one of the movie’s stars, Alexis Manenti—traces the relationship between a trio of cops and the people it’s their job to protect, though their protection is more often just plain old policing. Chris (Manenti)—he’s known in the neighborhood as the “Pink Pig,” a nickname he actually relishes—is the aggressive bruiser who feels his job gives him carte blanche; he thinks nothing of attempting to grope a teenage girl under the auspices of frisking her for drugs. His longtime partner, Gwada (Djibril Zonga), mostly goes along, though sometimes you catch a flicker of disapproval or wariness in his glance. Gwada is black, and we learn that he actually grew up in the neighborhood, but that doesn’t make him an insider there. If anything, the locals view him as an outsider, a traitor who has forgotten how hard it is for them to just get by.

Chris and Gwada have a new partner, Corporal Ruiz (Damien Bonnard), who has just moved to the city from the provinces for personal reasons. He’s reserved and watchful, and from the start he’s mistrustful of his new partners—particularly Chris—but he knows loyalty to them is part of the gig. Les Misérables mostly takes place on Ruiz’s first day on the job, but it’s not really about him: He’s just the filter through which we see the whirl of life on these neighborhood streets, a place where citizens look after each other because they know no one else will.

The streets are filled with kids, playing basketball or using pieces of cardboard as makeshift sleds or just running around, getting their ya-yas out while doing harm to no one. They take a break from their self-imposed mayhem to flock around a local vendor, asking for Snickers and other treats. When he realizes they don’t have enough money to pay, he shoos them off, and they complain loudly: “But we’ve been playing sports! We’re hungry!” They know their righteous indignation won’t sway him, but they try it anyway.

One of these kids is Issa (Issa Perica, in a taut, beautifully understated performance), a boy of 11 or so whose body is all angles and elbows, his hair shaped into an unfashionable point. He’s a fairly recent immigrant, and we first meet him—though we’ve seen him earlier—after he’s hauled into the police station for stealing a bunch of live chickens. The parent or caretaker who comes to pick him up berates him angrily. Ruiz takes it all in—he’s a parent himself—and you can see him wondering what this kid’s life is like, and if he’ll be OK, but he knows so much of that is out of his control.

Meanwhile, Chris swaggers through the neighborhood as if he’s its prince. Ruiz tries to go along, but a clash is inevitable. There’s an accident—or an event that’s presented as an accident—and a scramble to cover it. Ruiz learns more about his beat, and his partners, on his first day than he probably cares to know, but it’s all stuff he needs to know.

You’ve seen this story before, roughly, if you’ve seen Training Day or The Wire or any number of shows or movies about newbie cops learning the ropes in tough neighborhoods, where kids often walk a fine line between going bad or turning out OK. But the flavor of Ly’s movie is distinctive even so: He’s so in tune with the vibe of the street that you understand immediately what the stakes are. The movie’s opening is the key to the film, though you don’t know it until the end: We see a bunch of ebullient neighborhood kids, including Issa, boarding a train to the center of Paris, celebrating France’s World Cup victory. They wave flags in front of the Eiffel Tower and the Arc de Triomphe. They belt out the Marseillaise. In nations all over the world, people who believe they know best are asking every newcomer, Do you belong here? Who said you could come? Les Misérables is a response, indirect yet definitive, to the question of who belongs and who doesn’t. These kids singing the Marseillaise in front of the Arc de Triomphe aren’t asking the question, Who is really French? They’re answering it.